Hackberry is the little town that could. Dating back to 1874, it’s the oldest town along the longest continuous remaining stretch of Route 66. Hackberry has been a bustling silver mining town, a cattle town, and a railroading town; ranking third in the state for large cattle shipments, with a reputation for gambling and gun fighting

The Northside General Store which was built just across the railroad tracks on the main road to supply needed goods to the community. The bypassing of Route 66 by Interstate 40 left Hackberry a ghost town, and the General Store eventually was the last businesses to close. 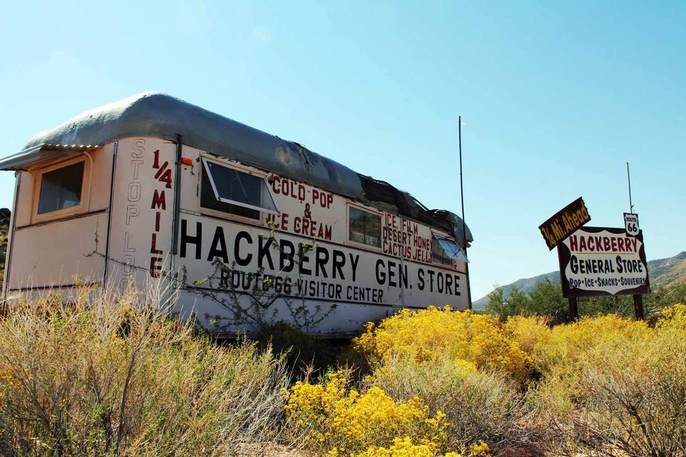 Hackberry had a civil side, with a post office and elementary school which was built in 1917. The school still stands at the eastern edge of town. The General Store has a vintage diner and every Route 66 souvenir you can imagine inside, and service station memorabilia filling the grounds outside.
Learn More